A spa employee left a load of laundry in the dryer over night. The cycle finished and the clothes were simply left in the dryer so they could be folded the following morning. When the employee returned she noticed the entire laundry room was filled with smoke, causing severe smoke damage to the room, supplies, and all the freshly cleaned linens left in the room. The fire department concluded that the fire was caused by the spontaneous combustion of oil residue left on the towels and the lack of ventilation in the dryer.

Two days later the facility experienced a surplus of laundry and as a result towels, linens, and robes were placed in plastic containers to wash the following day. The oils spontaneously combusted again, this time burning through the entire facility. The facility owner reported $600,000 in damages, not including the untold thousands more in lost business.

What is Spontaneous Combustion?

Spontaneous combustion of oily laundry occurs when a flammable or combustible substance is slowly heated to its ignition point through oxidation. A substance will begin to release heat as it oxidizes. If this heat has no way to escape, like in a dryer or pile, the temperature will raise to a level high enough to ignite the oil and ignite the laundry. 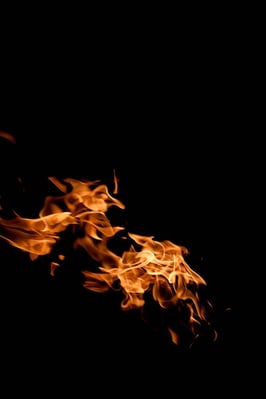 Fitness centers and spas with towel service are at a greatly increased risk of spontaneous combustion fires due to both the large amount of laundry they process, and the high quantity of flammable substances they utilize.

Statistics and Scope of Problem

Fire caused by spontaneous combustion of oily laundry is a serious, yet relatively unknown, hazard facing businesses. The scope of the hazard has been difficult to quantify due to the difficult nature of determining the causes of fires. A recent survey of hundreds of spa proprietors, however, has shed some new light on the prevalence of the problem.