A young girl attempted suicide after being cyber bullied for months due to some embarrassing photos of her that were posted on Facebook. The girl’s mother said as the bullying continued her daughter would refuse to go to school or would go in late to avoid her tormentors. The victim posted a hasty suicide note on Facebook a day after another online attack, and attempted to end her life by jumping off a bridge. Fortunately, she survived the jump and is recovering from broken legs and internal bleeding. The police are currently conducting an investigation to identify the perpetrators of the cyber bullying.

Cyber Bullying is on the Rise

Occurrences of cyber bullying are steadily on the rise. Internet and cell phone use is consistently increasing with younger and younger children. Organizations need to understand the frequent threats children face from cyber bulling and identify the necessary steps to combat it. Consider this:

Why Cyber Bullying is so Damaging

Before the internet, kids could escape playground bullies and be safe at home. Now they don’t have that luxury. Bullying now follows them everywhere. 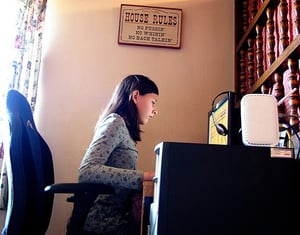 Children now spend more time on their cell phones and internet than doing homework. This rise in the use of media by younger children leaves them open to bullying attacks anywhere at anytime.

How Do Kids Cyber Bully?

While it is difficult to completely eliminate cyber bullying, there are certain measures that can be taken to reduce it.