Carbon Monoxide Poisoning in the News

Six apartment residents were rushed to a hospital after a carbon monoxide leak was reported at the complex. Emergency responders were called to the scene after a mother noticed her small child was unconscious. After discovering large amounts of CO in the air, paramedics and police officers inspected the entire building and discovered dozens of people exhibiting signs of carbon monoxide poisoning.

Luckily people were evacuated in time and no fatalities were reported. An investigation of the building revealed a faulty heater as the culprit. The building owner was fined for failing to provide adequate CO detectors throughout the apartment complex.

What is Carbon Monoxide?

Carbon monoxide (CO) is a non-irritating, odorless, colorless, and tasteless gas produced when materials containing carbon are burned. Typical sources for carbon monoxide include cars, trucks, boats, stoves, appliances, heating systems, wood and coal burning sources, and anywhere else there may be combustion. 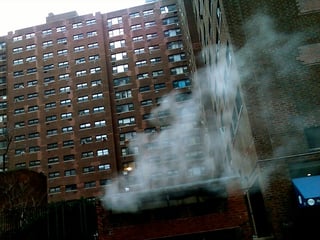 When these fumes are produced in enclosed spaces the effects and spread of CO are greatly increased.

According to the Centers for Disease Control, over 50,000 people are treated annually in the emergency room for carbon monoxide exposure. An estimated 430 people die every year from CO poisoning. Most of these incidents occur in the colder winter months.

What are the Symptoms of CO Poisoning?

There are many methods that can be used to prevent carbon monoxide leaks and subsequent poisonings. Some of the most important methods include:

Carbon monoxide detectors are the best defense against CO poisoning and should be in every building. While these devices provide great protection by sounding an alarm once unsafe levels of CO are detected, there are many instances of them failing due to improper maintenance. To ensure a carbon monoxide detector works effectively it is important to adhere to the following recommendations:

It is important to act quickly once a carbon monoxide detector goes off. One of the symptoms of CO poisoning is a loss of consciousness, meaning you could potentially pass out before safely evacuating causing even more severe symptoms and even death. If you hear a CO detector go off it is important to do the following steps: