An eleven-year-old boy hung himself after repeatedly being bullied and tormented at school. The victim was a good student who participated in football, Boy Scouts, and was a very active member of his church and community. Bullies at his school constantly called him “gay”, even though a child his age hardly has a concept of their own sexuality. His parents repeatedly pleaded with school officials to take action and stop the bullying, but unfortunately they failed to prevent this tragic and preventable death.

Bullying is a universal problem and most people have been exposed to it in some way. It is important for people to understand both how prevalent an issue bullying is and how damaging it can be. 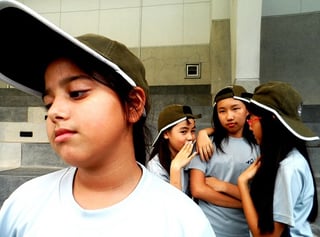 Bullying can be difficult to prevent, because the majority of bullying occurs when teachers, coaches, counselors, and other authority figures are not around. Most bullies will wait for these lapses in supervision. Following a few simple steps can greatly reduce bullying within an organization.

Inform all children of the organization’s stance on bullying and the potential repercussions of those caught bullying. Openly discussing bullying can make bullies afraid of the consequences. Also, victims and bystanders will be less afraid to come forward and report bullying if they know someone will take their concerns seriously.

Treat every situation involving bullying the same. Regardless of who is bullying, or being bullied, it is important to respond the same. However, individuals who bully repeatedly need to be disciplined progressively. This means a child who is repeatedly caught bullying needs to be disciplined more severely each subsequent time.

Bullying takes many forms, including: physical abuse, verbal abuse, threats, harassment, taunts, rumors, exclusion, and much more. Bullying is a much more complicated problem than most people realize. Identifying bullies can be nearly impossible since there is no standard mold for what bullies look and act like. It is easier, however, to identify the victims and potential victims of bullying. Bullies typically target other children who are different in some way. Keeping track of these children can greatly reduce their chances of becoming a victim. Bullies will target children for a variety of reasons including some of the following:

There are also several myths regarding bullying. Understanding the complex nature of bullying will make it easier to identify bullies and their victims.

Many people wrongly believe that only boys bully. This belief is driven by the fact that boys are far more likely to bully physically, which is much easier to identify. Statistics, however, show that girls are more likely to bully than boys. The difference is the majority of bullying perpetrated by boys is physical, while girls typically bully verbally or emotionally.  Emotional bullying is much harder to catch and can be much more damaging to the victim.

Bullies can be unrelenting. They often go after victims until something, like an authority figure, puts a stop to it. Bullies attempt to wear down their victims. Also, with electronic communication steadily increasing, bullies can target their victims anywhere with cyber bullying.

Bully Myth #3: Kids should learn to handle bullies themselves

Many people dismiss bullying and think it is best to let kids sort it out themselves. This attitude is dangerous, and can often lead to even more extreme confrontations between bullies and victims. Most kids are unprepared to deal with bullying effectively, but they fear going to an authority figure out of fear of being labeled a tattle-tail.

Bully Myth #4: Bullying is just part of being a kid

Some people think bullying is just a part of growing up and poses no real threat to children. Adults who maintain this attitude were most likely never a victim of serious bullying growing up and don’t understand how damaging it can be. As seen in the story above, bullying can result in serious pain and suffering.