Emergency Warnings to Catch Up with Technology 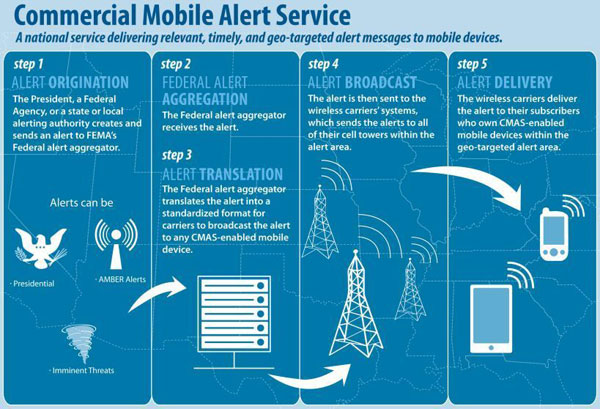 "This is a test of the Emergency Broadcast System."

Who hasn't heard that warning rattle through their radio? Or their TV?

We've all heard it at some point. But for people like me who almost never listen to the radio and prefer to skip through commercials by watching digitally recorded TV, you might struggle trying to remember the last time you heard or saw a legitimate storm warning or other notable

END_OF_DOCUMENT_TOKEN_TO_BE_REPLACED

The Luckiest Driver You've Ever Seen

Exactly one month ago we shared a video of the most shocking car crash you'll ever see. In that short amount of time it has become one of the most viewed posts ever on Culture of Safety.

If the carnage displayed in that 30 second clip showed us anything, it was just how devastating things can be in a worst case scenario. The setting for this new clip is similar in almost every way; the only difference is

END_OF_DOCUMENT_TOKEN_TO_BE_REPLACED

Brothers Jacob (2) and Zech (6) both died of hypothermia last week after the sail boat they were in capsized in the middle of Clearwater Lake in northern Minnesota. The boys were accompanied by their 8-year-old brother and their father. All four were wearing life jackets.

According to the boys' father, the boat capsized after a strong gust of wind struck the sails. He reportedly tried pulling all three boys to shore, but strong currents made that impossible. Instead, he left the boys in

END_OF_DOCUMENT_TOKEN_TO_BE_REPLACED 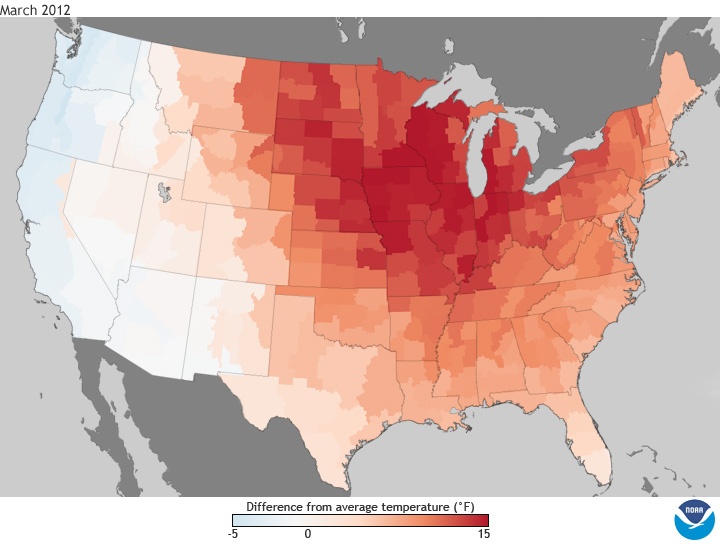 You could just feel that March 2012 was warmer than usual. Well, the National Oceanic and Atmospheric Administration (NOAA) released a report on Monday that proves it. And the data is shocking.

The following graphic shows the difference from the average temperature for the contiguous United States. The entire Midwest experienced March temperatures

END_OF_DOCUMENT_TOKEN_TO_BE_REPLACED

There is Nothing Wrong with Being Lucky 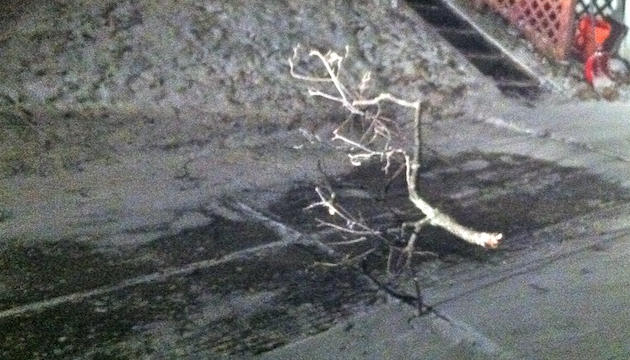 Sometimes it helps to be lucky.

I left to run a quick errand last night in the middle of a wind storm. When I pulled back into my driveway I was shocked to see that a huge tree branch had fallen right where my car would have been parked. In the photo below you can still clearly see where my car

END_OF_DOCUMENT_TOKEN_TO_BE_REPLACED

Tornadoes have been dominating the news as of late... and for good reason. According to data from the National Weather Service, more than 500 people have been killed by tornadoes in 13 different states already this year. Before-and-after photos from Joplin, Missouri show the unimaginable power of a tornado.

With so many sad stories so far in this storm season, we're happy to share a tornado story from one of our customers that ended with a group of

END_OF_DOCUMENT_TOKEN_TO_BE_REPLACED 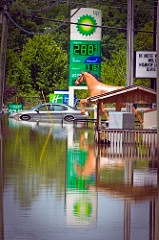 The Institute for Business and Home Safety (IBHS) shared a report on their blog identifying some of the mistakes made by government agencies during the catastrophic flooding in Nashville in May 2010. The report, which was completed by the National Weather Service (NWS), identified several shortcomings and opportunities for improvement in future disaster situations.

As I was reading through the key findings, I couldn't help but think about the hundreds of