Ebola is Terrifying, but I'm More Worried About the Flu

We’ve all been hearing stories about Ebola lately, especially since the disease has made its way to the United States. Controversies about quarantines and discussions of travel bans have been abundant in the news. While Ebola is a serious and deadly disease, there is an illness even more deadly to Americans, killing more than 36,000 people each year according to the Centers for Disease Control. And it’s spread much more easily than Ebola. 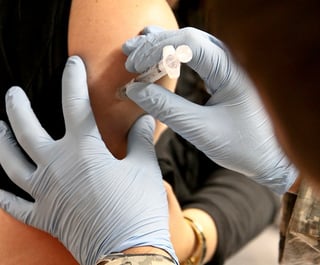 We’re talking about the influenza virus, or the flu.

As a healthy adult you may be thinking it’s unlikely that you could die from the flu. While that may be true, you could still spread it to vulnerable people in your life like your children or elderly parents who may struggle to fight the virus.

How are the flu and Ebola different?

A person with Ebola is only contagious when showing symptoms, but 20% to 30% of people carrying the influenza virus show no symptoms but can still spread the flu to everyone around them.

The only way Ebola can spread is through direct contact with infected bodily fluids. The flu, however, is spread through droplets that pass through the air when an infected person coughs or sneezes. I don’t know about you, but I can’t remember the last time I saw someone projectile vomiting in public. But coughing and sneezing? I’ve seen at least a dozen people cough and sneeze just this morning! 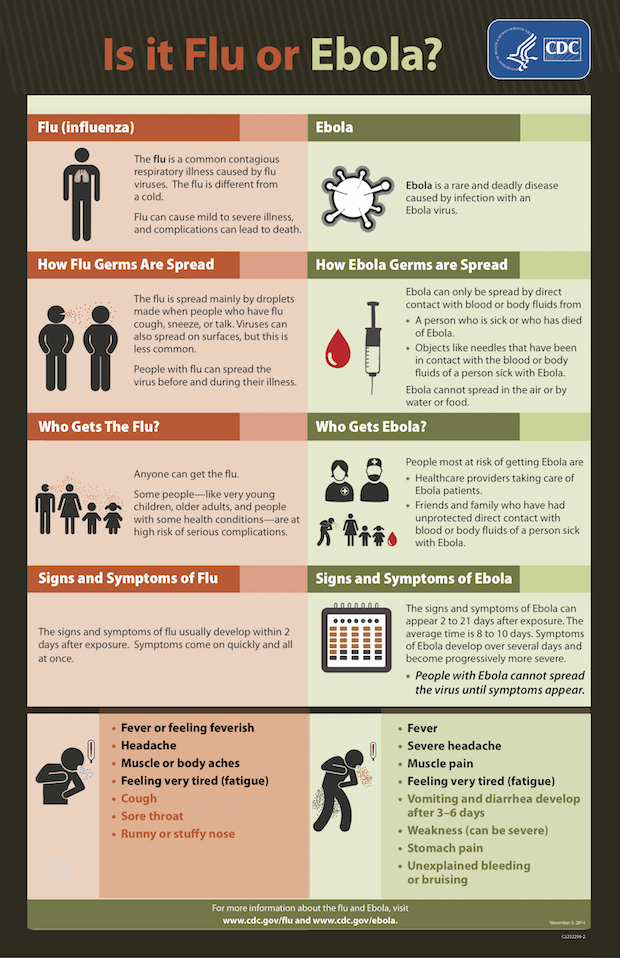 Flu season is upon us, and, unlike Ebola, absolutely anyone can get the flu this year. There are, however, easy steps everyone can take to lower the risk of contracting and spreading the flu. The Centers for Disease Control recommends that everyone six months of age and older get a flu shot each year. The following groups are especially at risk for developing flu complications and should therefore definitely get the flu vaccine:

The CDC also recommends other actions to help slow the spread of the flu this season such as avoiding close contact with people who are sick, staying home while sick, and practicing good hand washing techniques. Other good health habits include cleaning and disinfecting frequently touched surfaces at work and at home, getting enough sleep, exercising, drinking plenty of water and eating healthy foods. So instead of worrying about a disease that’s unlikely to affect most of us, focus on developing healthy habits to avoid the flu this year.