Your Odds of Dying At Work

Back in September, the Bureau of Labor Statistics published the 2011 Census of Fatal Occupational Injuries [PDF] which tabulates important data on every work-related fatality. NPR's Planet Money published a nice graphic showing some of the country's deadliest occupations. The list includes a lot of the dangerous occupations that probably wouldn't surprise you.

There is a lot of other interesting information from the report as well. Consider the impact some of the following examples might have on an business' worker's compensation insurance.

According to the BLS' statistics, a self-employed worker is 4x more likely (12.7 fatalities per 100,000 workers versus 2.9) to suffer a fatal work-related injury than their wage-earning counterparts. A large majority of these deaths are almost certainly influenced by independent contractors, but the disparity between the two groups is surprising. 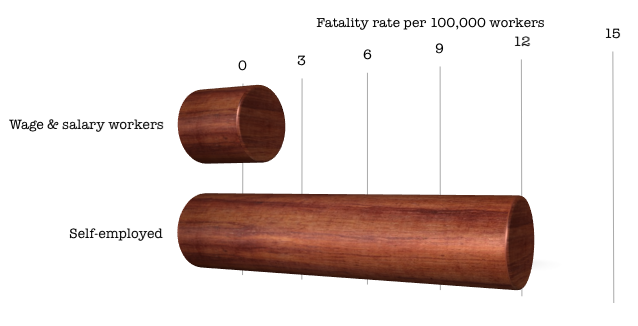 Men 10x More Likely To Die on the Job

There's no arguing that men tend to make up the large percentage of the workforce in many of the country's most dangerous occupations. For example, an overwhelming majority of fishermen, loggers, pilots, police officers and firefighters are men. For these reasons, I was expecting to see a disparity in the number of workplace deaths when accounting for gender, but a 10-fold difference!? Does this surprise you as much as it surprises me? 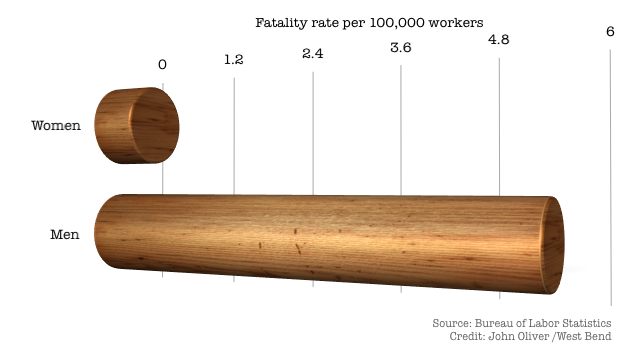 Age is a Significant Factor in Workplace Deaths

We often think about young people being the most susceptible to workplace injuries. The thought is, young people don't take their time, are more distracted, and think about their health and well being far less than older adults. If this is true, how do we explain the fact that the BLS' data shows we're far more likely to die on the job as we age? 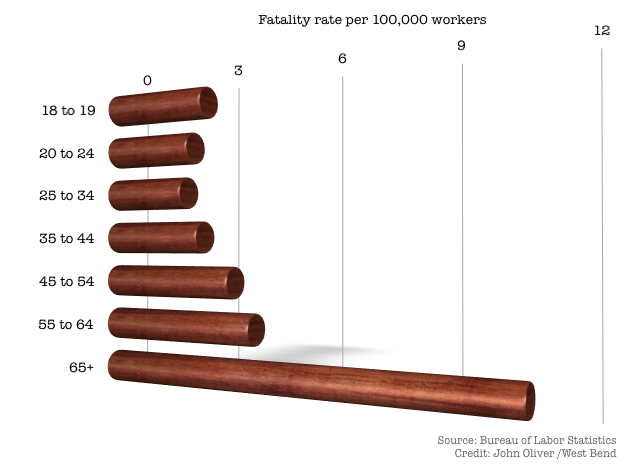 I still haven't been able to decide if this data surprises me or not. According to the Bureau of Labor Statistics, there is only a marginal difference in the occurrence of workplace fatalities between the races. There are two significant differences in how these workplace deaths breakdown, however.

What Do YOU Think?

Does any of this data from the Bureau of Labor Statistics surprise you? Do you have any questions about workplace fatalities we might be able to help answer? Let us know in the comment section below.