If you've ever emailed, texted, blogged, tweeted, Instagramed or Facebooked, there's a very good chance you've posted or shared something you've regretted. Whether it was accidentally hitting Reply All, publishing a blog post riddled with typos, or inadvertently posting a private photo for the world to see... there has to be something you've done online that you deleted or modified as soon as the mistake became clear. 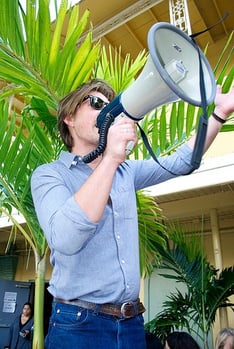 What happens when things that were meant to only be shared with a small, close group of friends are mistakingly shared to a bigger audience than you intended? Would you be ready for the fall out?

One of the things that makes this country great is our freedom to say what we want, when we want. You should always feel secure in your legal right to speak your mind. But you also need to recognize that the things you say can have consequences. The following stories make a strong argument for filtering yourself online. The people in these stories had every right to think the way they did and say the things they said, but there is no question that each of them would have taken back their actions if given a second chance.

The next time you're getting ready to share something online, remember these tales.

Are You Comfortable with the World Seeing That?

In 2011, third-year U.C.L.A. student, Alexandra Wallace, took to YouTube to vent about what she perceived to be rude behavior in the school's libraries by a particular racial group of students. Her rant, which lasted for nearly three minutes, included insensitive comments regarding people impacted by a natural disaster abroad, as well as a very offensive attempt at mocking the accents of some of her classmates at U.C.L.A.

By all accounts, Alexandra had fully intended to post the video publicly to YouTube. In fact, she opened the video by saying, "We know I'm not the most politically correct person, so don't take this offensively...  I dont mean this towards any of my friends... I mean it towards random people I dont even know in the library..."

What Alexandra did not count on was the video going viral. She deleted the video shortly after posting it, but several copies of the video popped up quickly and amassed millions of views. Ultimately, she decided to leave the school after reportedly receiving dozens of death threats.

She later made it clear in a written apology that "[I] would do anything to take back my insensitive words."

It isn't rare for businesses of all sizes to have multiple users accessing a single social networking account. West Bend, in fact, has no fewer than five people with access to our various Twitter and Facebook accounts. The same goes for kitchen appliance maker, KitchenAid.

Following the presidential debate in Denver, a KitchenAid employee took to their personal Twitter account to post a snarky remark aimed at President Barack Obama. The only problem was... they actually posted to the KitchenAid Twitter account. Considering the tweet contained a reference to the President's deceased grandmother, there was a swift, and understandable, backlash from the public.

KitchenAid deleted the post quickly, but the damage had already been done.

Doctors Planking on the Job 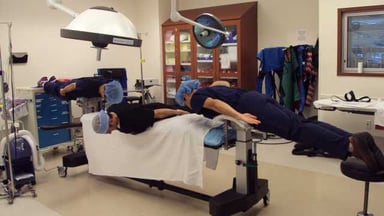 A group of doctors were disciplined after posting photos on Facebook of themselves engaging in the internet photo fad, planking. Planking consists of a person lying face down with their hands at their sides. The idea behind the fad is to plank in funny or odd places. With an entire hospital (including the helicopter pad) at their disposal, the doctors decided to have some fun. They snapped several photos throughout the building... all while on the clock.

While the act of planking itself is completely innocent, several people were offended that doctors would do something so silly while they were meant to be working. The doctors were disciplined, and the facility they worked at took a minor blow in the media due to the appearance that their professional staff were a bunch of pranksters.

"Last Friday night, I tweeted a photograph of myself that I intended to send as a direct message as part of a joke to a woman in Seattle."

That's pretty much all there is to know regarding the Anthony Weiner story. He inadvertently posted scandalous photos of himself for the entire world to see on Twitter. A single typo - using "@" when he meant to use "D" - cost this man his seat in the House of Representatives and caused irreparable damage to his reputation.

Freedom of Expression vs. Freedom from Backlash

There are two things in common with each of the stories shared above. For starters, none of them, as far as the law is concerned, did anything wrong. Each of their actions is protected under the First Amendment of the United States Constitution. Legally, you're allowed to make hurtful remarks, post goofy photos and even share pictures of yourself in your underwear.

The other thing they all had in common was that none of them had intended for their actions to gain so much notoriety. What's interesting, though, is their attitude towards the backlash; none of them said anything like "I wish I had just done a better job limiting access to that post." On the contrary, they all issued apologies that included something along the lines of "I wish I had never done this in the first place." They wish they had never done these things in the first place because they came to fully understand how quickly things get spread online. The use of the phrase "going viral" is no coincidence.

Even if Alexandra Wallace had posted her video to YouTube privately so that only her friends could see, one of them still could have copied it and published it. If if the KitchenAid employee had successfully shared their tweet on their personal account, someone still could have traced it back to them. If the doctors only ever shared their planking photos via email with a few close colleagues, one of those people still could have forwarded it to others. And even if Anthony Weiner hadn't mistakingly posted his photo publicly, the woman he was sending it to easily could have sold it to the tabloids.

The fact of the matter is, anything you say and do online could eventually make it out for the whole world to see. The idea of privacy online is a fallacy. Filter yourself. The future you (and in some cases, your employer) will be happy you did.