Time to Referee The Choking Game

With school getting ready to start back up for kids across the country, now seems like a good time to readdress a very scary trend with adolescents and young adults. Almost two years ago we published a safety article on The Choking "Game", an activity kids engage in that cuts oxygen off to the brain. The lack of oxygen causes the participant to feel a temporary high and dizziness. Unfortunately, many children often pass out completely and ultimately end up suffocating to death.

According to data compiled by GASP, there were a total of 44 recorded incidents of fatalities or near fatalities in 2010, and another 12 already in 2011. These numbers are likely understated due to the fact that many choking game fatalities are often mistaken for suicides.

Things You Can Do to Prevent the Choking Game

Read Up and Learn the Lingo

The very first thing you need to do is understand the Choking Game and the different names kids have for it. We've compiled all of this information in our Choking "Game" Safety Tips document, but you can also find helpful information on the GASP Choking Game FAQ page.

Children are unlikely to discuss or play the Choking Game in public. Teachers and youth programmers will need to look and listen closely to children. 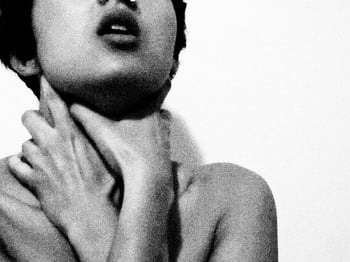 Kids that play the game will often have bruises or ligature marks around their necks. You'll also want to listen for any of the dozens of names kids use to discuss the choking game.

Discuss the Activity Openly with Kids and Parents

People are often hesitant to discuss illicit or dangerous activity with kids for fear of introducing them to something they previously didn't know about. While some kids many not know about the choking game - studies suggest that more than 75% of kids are familiar with the activity - it is far better to provide them with accurate information about the dangers before they get false information from somebody on the playground.

It is also important to discuss the activity with parents. The large majority of fatalities occur when a child decides to play the game by him or herself... which often takes place in their homes. If parents know of the signs, they can be in a great position to prevent another unnecessary death.

Read more about The Choking Game and take a look at this news story about a 17-year-old boy that died while playing the choking game.

Have you ever heard kids discussing the choking game?