Caution: These following stories are very extreme examples of the dangers posed to unsupervised kids while riding a school bus. While these graphic injuries represent relatively rare accidents, we feel they effectively demonstrate the seriousness of keeping order anytime kids are in a moving vehicle.

A 13-year-old Minneapolis boy had just boarded a school bus and leaned out the window to wave goodbye to his friends, when the bus driver began to pull away, not realizing the boy was hanging out of the window. The bus was only going 15-20 MPH when the back of the boys head struck a sign pole. He suffered extensive head and neck trauma and was killed instantly in front of dozens of other children.

A 16-year-old boy on his way to school was chatting with friends when the bus driver suddenly swerved, apparently to avoid an object in the road. Like many other kids on the bus, he leaned out of the window to see what caused the driver to swerve. The bus, traveling approximately 30-35 mph, drove close to some trees that collided with the boy’s head and neck. The driver stopped the bus immediately after hearing the other kids scream. Paramedics arrived quickly, but the boy was pronounced dead at the scene.

In both of these instances the drivers were investigated for their roles in the unfortunate deaths of these two boys. In the first case it was determined that the driver should have paid better attention to the position of the children before he began to drive away. 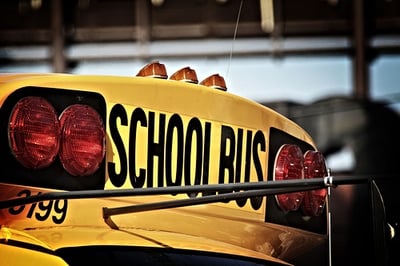 In the second case, the family brought suit against the bus driver, bus company, and school district claiming they were responsible for not properly supervising their son.

The National Highway Safety Administration’s Fatality Analysis Reporting System (FARS) conducted a study of all fatalities and injuries regarding school busses. While their study points out that riding on school buses is much safer than riding in a car or 15 passenger van, danger does exist, and drivers and passengers need to be careful.

School bus rides are often fun and exciting experiences for children. When organizations take children on bus rides it usually means they are going some place unique and exciting, but it is important to make sure all children stay safe and under control. It is especially important for chaperones on bus trips to maintain order because out of control children can pose dangers to themselves, the driver, and other passengers.

Rules for Riding a Bus

Rules for Entering a Bus

Rules for Exiting a Bus 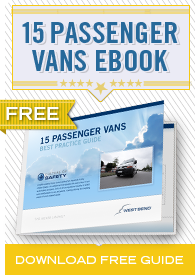