The following is a running list of some of the not-so-smart things kids are doing when they’re bored. Have a tip for a missing dangerous game? Let us know with a message on our contact form or leave a message at the bottom of the page! 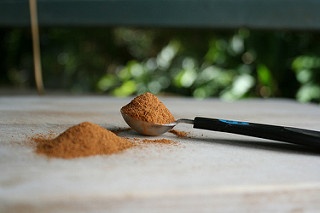 What is the Cinnamon Challenge?

To successfully complete the cinnamon challenge a person must swallow one tablespoon of powdered cinnamon in less than 60 seconds without drinking any liquids.

Is the Cinnamon Challenge dangerous?

How long has the Cinnamon Challenge been popular?

Online references to “The Cinnamon Challenge” were almost non-existent until early in 2012. Popularity seems to have peaked in February 2012, with a sharp decline shortly after.

Are other names used for the Cinnamon Challenge?

“The Cinnamon Challenge” is used almost exclusively for this activity. There are, however, other food items that are used in a similar fashion, particularly saltine crackers. The Saltine Cracker Challenge involves eating six saltine crackers (a.k.a., soda crackers) in less than 60 seconds. 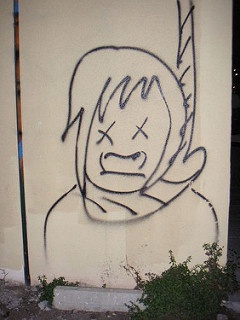 What is the Choking Game?

The Choking Game is a dangerous activity kids play that involves cutting off air flow to the brain to achieve a brief, euphoric high. Participants can achieve the high either by themselves through auto-asphyxiation or with help from peers. Asphyxiation is often achieved with hands around the neck or with the use of a noose-like device such as a belt. Learn more about the Choking Game by visiting the Choking Game Prevention Guide.

Is the Choking Game dangerous?

The Choking Game is extremely dangerous. When a participant attempts to asphyxiate themselves it is easy for them to pass out and become strangled by the noose-like device. Doctors and health professionals guess that dozens of kids have been killed while taking part in the Choking Game, and sadly, many more deaths originally labeled suicides might be attributable to the Choking Game. Even with others around, someone can easily lose consciousness and experience severe brain damage.

How long has the Choking Game been popular?

Initial reference to the Choking Game began around 2006, but there has been a steady interest since 2010.

Are other names used for the Choking Game?

There is a very wide array of names used for the Choking Game. Visit our complete Choking Game Prevention Guide to get a list of other popular names.

The Salt and Ice Challenge

What is the Salt and Ice Challenge?

The Salt and Ice Challenge consists of putting salt on your skin then putting ice on top of it. The combination of the two can cause extreme pain, so the goal of the challenge is to endure the pain longer then other participants.

Is the Salt and Ice Challenge dangerous?

Yes, the Salt and Ice Challenge is extremely dangerous. As you can see in the photo above, leaving the salt and ice on the skin too long can lead to frostbite-like blisters and scarring. This photo is of a 12-year-old boy that endured the pain of the salt and ice challenge for so long that eventually he stopped feeling the pain at all. Doctors believe his wounds will heal, but he was required to apply medicated lotions four times a day for months.

How long has the Salt and Ice Challenge been popular?

Online references to “The Salt and Ice Challenge” didn’t register on Google until January 2012. Searches for the phrase have spiked as news of the boy in the photo above made their way through social networks.

Are other names used for the Salt and Ice Challenge?

“The Salt and Ice Challenge” is used almost exclusively for this activity. Rather than being attentive to the names kids are using it is important to keep an eye out for kids trying to get access to salt or ice at odd times. 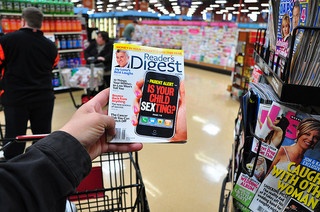 Sexting is a play on words combining the words “sex” and “texting”. When someone “sexts” someone else they send them a nude photo of themselves via SMS text message or some other electronic format.

While sexting might not be dangerous in the same way many of the other entries on this page are, the practice of sexting can certainly have long-lasting, unanticipated and dangerous consequences. Studies suggest that teens and young adults that engage in sexting are more likely to experience physical abuse, and recent trends indicate that kids found to be sexting can be held responsible for the dissemination of child pornography. Read our full Sexting Identification and Prevention Guide for more information.

How long has sexting been popular?

Online references to “sexting” started to take off around early 2009. The 12th edition of the Concise Oxford English Dictionary now includes the definition for the word sexting.

Are other names used for sexting?

The word “sexting” is used almost exclusively to define the practice of sending nude photos to someone via text message. With that said, kids are using an incredibly wide range of other phrases to hide sexually suggestive phrases from their parents, teachers or guardians.

Why Do Kids Drink Hand Sanitizer?

Kids are reportedly drinking hand sanitizer to get drunk. According to an article from NPR, hand sanitizers are typically 60% alcohol, which is the equivalent of 120 proof liquor.

According to researchers, thousands of kids have become extremely ill from ingesting hand sanitizer. At this point, there have been no confirmed fatalities as a result of drinking the concentrated liquid, but drinking enough sanitizer can lead to severe motor function impairment.

How long has drinking hand sanitizer been popular?

Online references to “drink hand sanitizer” began creeping up in Google searches in late 2009. Popularity seems to have spiked in April 2012 when several news outlets picked up a story about students in Los Angeles getting very ill. [source]

What other things are kids drinking to get intoxicated?

Kids have been ingesting bizarre concoctions in an attempt to get intoxicated for decades. The most popular example may be drinking cough syrup, also known as robo-tripping – as in Robitussin tripping.

What is the fire challenge?

Is the fire challenge dangerous?

The Fire Challenge is extremely dangerous, and in can even be deadly. A 14-year-old boy in Texas was recently hospitalized for second and third degree burns after emulating a video of the Fire Challenge he saw posted online. There are numerous stories being reported to the media of participants receiving severe burns from the fire challenge. Videos of people participating in the fire challenge also show them accidentally lighting their hair or clothing on fire. The game also poses serious hazards to property since the majority of the time the game is played indoors or in the shower and could easily start a building fire.

How long has the fire challenge been popular?

Using various accelerants to start fires on people’s bodies has been around for years, but the recent trend of filming and sharing it is relatively new. During the summer of 2014 the University of Kansas hospital said they received about 10 patients a week from people injured playing the Fire Challenge and they estimated it had been going on for 5 years. [source]

Is the fire challenge known by any other names?