Reality Alert: The Importance of Speaking Up

A 19-month-old child was found dead by police in his home. He was believed to have been a long suffering victim of neglect and abuse. During the course of their investigation, the police discovered that an employee at the child care center the child attended saw early warning signs. The employee reported that the child had wounds on several parts of his body and appeared to be losing weight. She also claimed the child had bruising consistent with being beaten by a belt. The employee did the right thing and reported the abuse to her supervisors, but unfortunately, they did nothing and the child died as a result of the abuse.

The statistics associated with child abuse and molestation are staggering, and reports of abuse are on the rise. 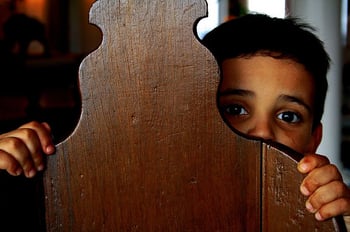 Understanding how widespread the problem is is the first step in raising awareness and keeping people on the lookout for victims.

Child abuse is an all too common problem and most frequently occurs in the home. The perpetrator is typically a member of the family and the vast majority of abuse goes unreported. Child care providers, teachers, mentors and youth sports coaches are in a unique position to help recognize the symptoms of abuse and molestation.

There are numerous warning signs exhibited by children who have been abused or molested. The majority of warning signs are emotional and difficult to detect. Physical warning signs are rare, but if observed they should be reported immediately. The following are some of the potential warning signs abused children may exhibit. The presence of any of these signs does not necessarily guarantee abuse, but should be taken seriously and the child should be closely monitored.

Emotional warning signs do not necessarily indicate maltreatment and may be attributed to another cause. Emotional changes in children could be caused by divorce, family death, school problems, and more.

The Importance of Reporting Child Abuse

It is important to act immediately if a child is suspected to be the victim of abuse. 56% of suspected child abuse reports were done by professionals in the line of duty, while the other 44% were made by friends, family, and other people in the community.

It is worth noting that some individuals in certain states are required by law to report suspected child abuse, including teachers, healthcare professionals, social workers, and childcare providers. Reporting child abuse can be difficult and uncomfortable, but failure to act can lead to tragedies like the story at the beginning of this article. Remember that most children are unable to help themselves. Some common areas of concern for individuals reporting abuse include:

While these are all valid concerns, the consequences of saying nothing are far worse. There are numerous ways to report abuse and they are all designed to protect the child as well as the reporter. Also, many agencies allow reports to be made anonymously and are specifically designed to protect the individual reporting. The following methods are some of the best ways to report suspected abuse: